Hey folks, I found this on Pinterest and it blew my mind! She is selling it on Etsy for $700.  I could never afford that. But I want this so much, I am going to figure out the pattern. I have decided not to do it exactly the same. I want the center different and the little bits between the TARDI (plural) to be different.
I have some other crafting and a swap to do before getting down to this, but maybe by next year's fair I will have one. I would never sell the item nor the pattern, of course, but it is just so awesome, I have to have one.
It is really funny, before I started making my 3D Tardis a year or so ago, I was fiddling with the idea a making a doily like this. I even sketched out all the Tardi in a circle like this. Then I had the idea for the 3D one, and put the doily on the back burner. Well, now it is on the secondary burner on low!  haha. I have figured out most of the Tardis pattern and have started the windows. SO MANY WINDOWS! I will do 18 white ones, 9 beige ones, and 45 blue ones!  I want the lower white windows she has to be beige, as on the real Tardis it is a notice sign and not a glowing window.
I hope she sells it. It is so awesome. If only I were rich... 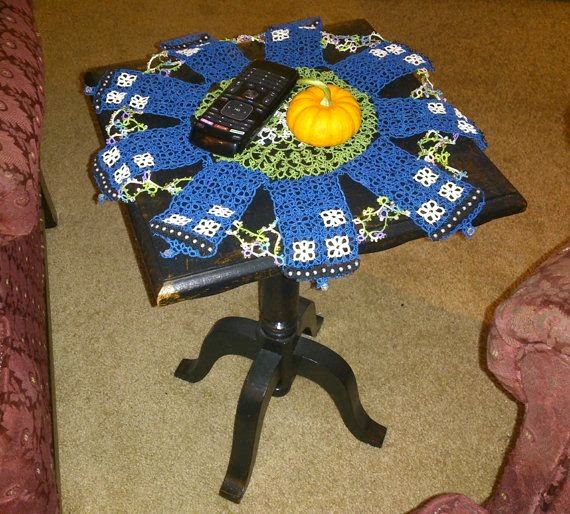 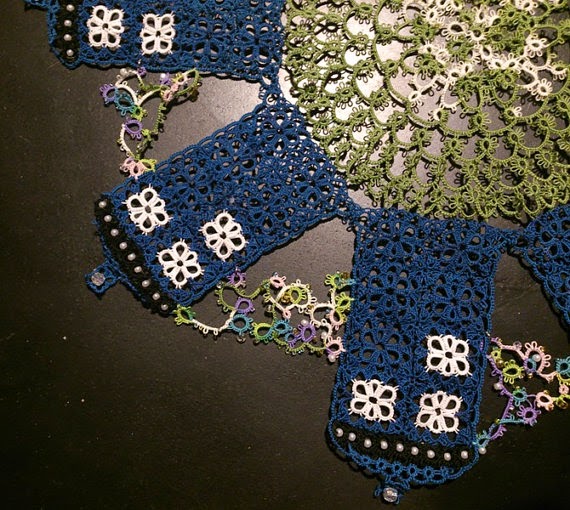 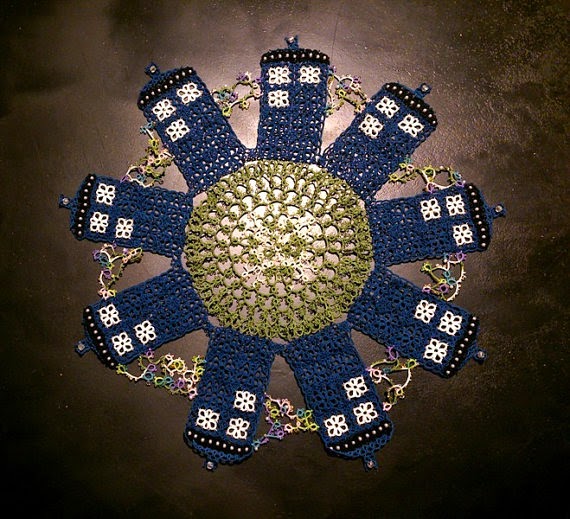 I am sure you will be able to get it just the way you want it. You are so talented with your tatting.

I've been sharing your wonderful Dr.-related works with my non-tatting Whovian friends and family. They really, really like your work!

Thanks for the confidence boosts ladies!
and tattrldy... I am glad your family is enjoying it as well!

Wow, this is fabulous! I am sure you could scale up Anne's tatted tardis pattern and use bigger threads to make this work..I look forward to following the progress :) (Fiona T- Onemadtatter)